Ten Reasons Why You Should Watch “Inception” 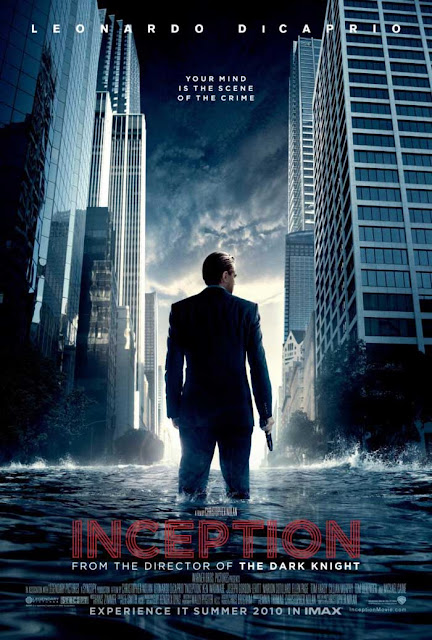 This is a movie review done by Alex Dizon of http://recyclebinofamiddlechild.blogspot.com, since I can't attend the premiere night of this movie because I'm at the Cinco premiere. Inception is released by Warner Bros. Pictures, rated PG-13 by the MTRCB.

I never thought that this film will be as mind-boggling as I thought it would be. Directed by Christopher Nolan - the man who brought us The Dark Knight - this movie revolved to the character of Mr. Cobb, played by Leonardo DiCaprio, a man tagged as the Extractor, who has an amazing gift of manipulating one’s dream.

So, before I share to you my ten reasons why you should watch “Inception”, let me tell you this first: If you don’t have the patience to understand every scene of a movie and you don’t want to see a film that will require you to think and think more, well, this film is not for you!


So, without further ado, here are my ten reasons why you SHOULD watch “Inception”.

1. I know that after seeing The Dark Knight, we are all waiting for Christopher Nolan’s next project. And gladly, with this next movie of him, Mr. Nolan just proved his amazing capability of bringing and showcasing his wonderful talent as a director and as a screenwriter. The movie was polished so perfectly. From the very start of this film, I couldn’t help but to hold my breath or bit my nails because the suspense was really nerve-racking. It’s like watching a 2-and-half-hour film, 30 minutes for the introduction and denouement and 2 hours for the climax. Really worth time-spending for.

2. The next thing that I adore about this film was the production design. I know that nowadays it is so easy to produce an elegant room with the help of chroma, but if you’ll just watch the movie and study every room that the characters were into, you’ll see how detailed and intricate each setup was. For example, the room on the second scene was lavishly and well-thought room. The used of every light and even the small thing that Mr. Cobb is holding on to was really well thought and well explained at the mid part of the film.

3. The costume and makeup, for me, was perfectly done. The “The Godfather-ish” look of the male lead casts was really good that it gave some depth and mystery to their characters.

4. The used of modern technology in filming was well executed. I wowed at the “floating” fight scene. I mean, Matrix had done something like that before, but it didn’t last like that and it wasn’t as action-packed and as thrilling as this one. Really, I think, that was my favourite part of the film.

5. My fifth reason brings me to, if you like the movies Matrix, 21, Jumper or even X-Men, mixed the ideas all together, the wonderful action-packed and sci-fi scenes of Matrix, the well-played game in 21, the unbelievable powers in Jumper and your fascination to Jean Grey of X-Men, you’ll have a one great movie like Inception.

6. Then, for my sixth reason, if you like Leonardo DiCaprio (Like I Do!), Joseph Gordon-Levitt (Like I Do!), Ken Watanabe (Like I Do!) and Ellen Page (Like I Do!), then, you must really, really watch this film. They all gave a different acting prowess on this one that will fascinate you more. I think, with this film, DiCaprio will finally take home the Oscars. He’s acting was subtle but with depth, I really liked it. And also with this film, you’ll also like the performances of Cillian Murphy and Tom Hardy. Tom was really lovable on this one!


7. If DiCaprio will not bag the Best Actor trophy from Oscars, I’m sure Nolan will take home the Best Director. On how he executes each scene giving it a complex thought with a vivid explanation was really unbelievable. Even the locations and the puzzle-like chasing scenes, from one dream to another, was really breath-taking.

8. And if you think that all I’m saying here are just about the visuals, well, there were quite a few scenes where I almost jump out of my seat. (I WATCHED THIS ON IMAX, YOU KNOW!) It is all because of the musical scoring that fitted well to every scene.

9. My second to the last reasons why I think you should watch this film is we barely see movies nowadays that require us to think. I mean, yeah, there are a lot of great movies out there. Well executed, well written, well directed, but the context of the story, we barely see a film that challenges our mind, keep us on our toes and at the same time torture our emotions with the never-ending reasoning out of what’s good and what’s right, what’s real and what’s just a dream. I’m glad to see this film, because at the end of it, it somehow inspired me.

10. Lastly, the message of the film was really heart-warming. We all like watching a film that tells us that at the end of the day family, friends and one’s self are the most important of all. In this film, you will learn a lot. It will open your eyes to the reality of dreams and to the dreaminess of reality. My emotional and psychological sides were really touched by this film… And at the end you’ll just say that, indeed, this is a Nolan’s film… This is a DiCaprio’s film. BRAVO! 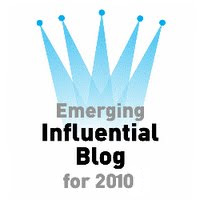 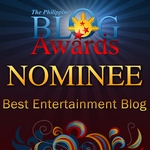 this BLOG is voted as one of  the
Top 10 Emerging Influential Blogs and a FINALIST at Philippine Blog Awards for Best Entertainment Blog
.